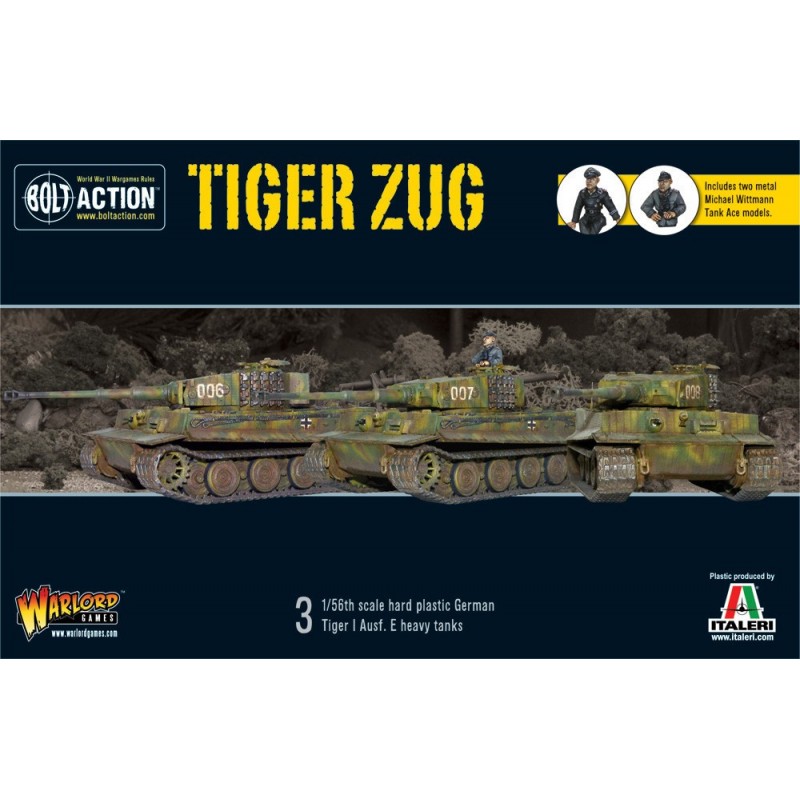 Our superbly detailed new kit, made by plastic manufacturers Italeri, has Zimmerit anti-magnetic mine paste giving it the authentic look for mid to late war. It also includes a plastic crewman model as well as full-colour waterslide decals to finish off your new big cat perfectly!

The Tiger was hurried into action on the Russian front as a response to the heavier Soviet tanks that had caught the Wehrmacht unawares. Its massive square body and rounded turret was an intimidating sight to enemy tankers. The armour was tremendously thick and made of quality steel, making it largely invulnerable, at least frontally, to anti-tank fire.

Tigers were normally formed into separate heavy tank battalions and parceled out by the high command wherever they were most needed, their presence  normally being enough to tip the balance in that sector.

Fortunately for the allies they were too little and too late, but some Tiger commanders like Otto Carius and the legendary Michael Wittmann ran up astounding tallies of allied tanks and guns. We have included Wittmann for as an alternative tank commander in our Tiger zug box so you can recreate his famous 007 Tiger tank!