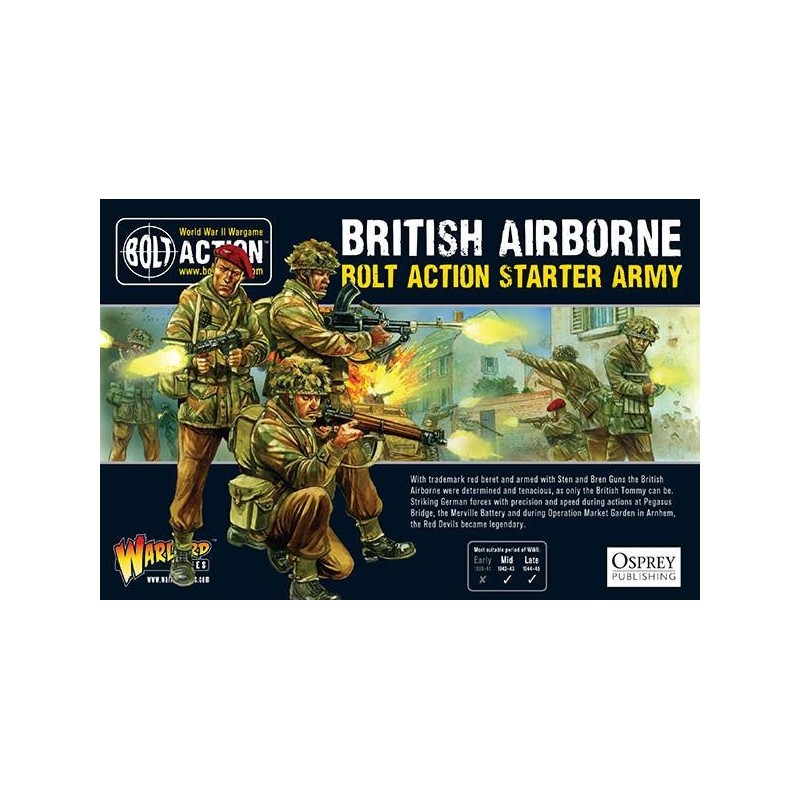 * Made from the components of the plastic sprues included

With trademark red beret and armed with Sten and Bren Guns the British Airborne were determined and tenacious, as only the British Tommy can be.

Striking German forces with precision and speed during actions at Pegasus Bridge, the Merville Battery and during Operation Market Garden in Arnhem, the Red Devils became legendary.

This boxed set contains enough to make a 1,000 point army of plastic and metal British (or Polish) airborne troops in mid to late war uniforms.

The army list can easily be reconfigured to suit your playing style and when you are ready to expand your force there are plenty of options in the ever-growing Bolt Action range of miniatures and vehicles.

Check your kit and fix bayonets – it’s time to drop in on the enemy...