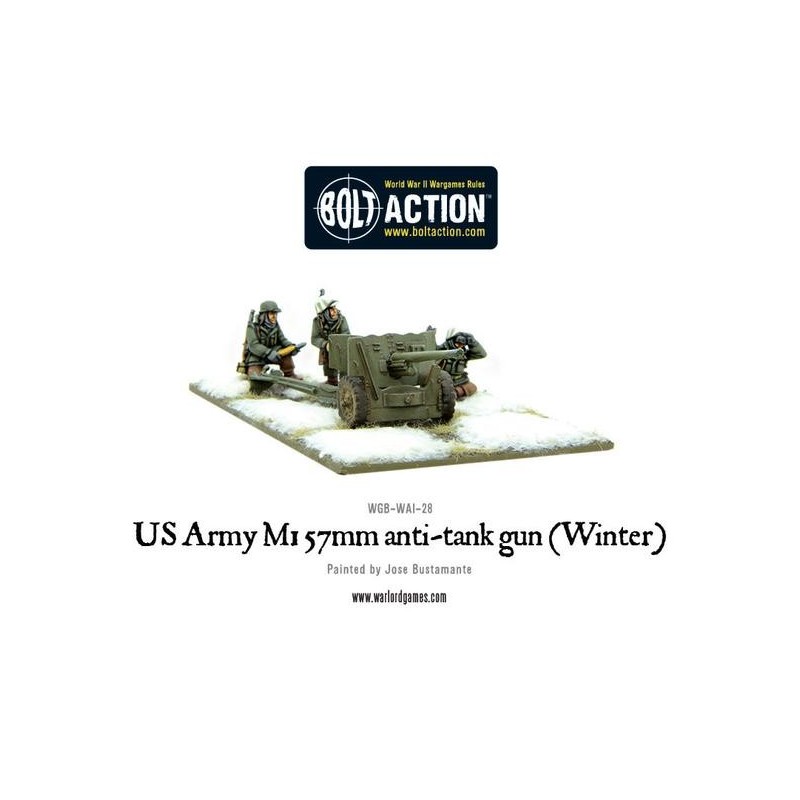 The 57mm M1 anti-tank gun was a close copy of the British QF 6pdr which was itself also used by some American units. The M1 originally fired an armoured-piercing shell weighing 2.272kg but this soon proved to be insufficient to penetrate the armour of the new Panther and Tiger tanks. In 1944 an APDS (armoured piercing dispensing sabot) shell was developed making this the first gun to have a discarding sabot shot as its service round. HE shells were only available from 1944 onwards. The 57mm anti-tank gun used by US airborne forces has a special carriage that allowed them to be towed as if they were light anti-tank guns.