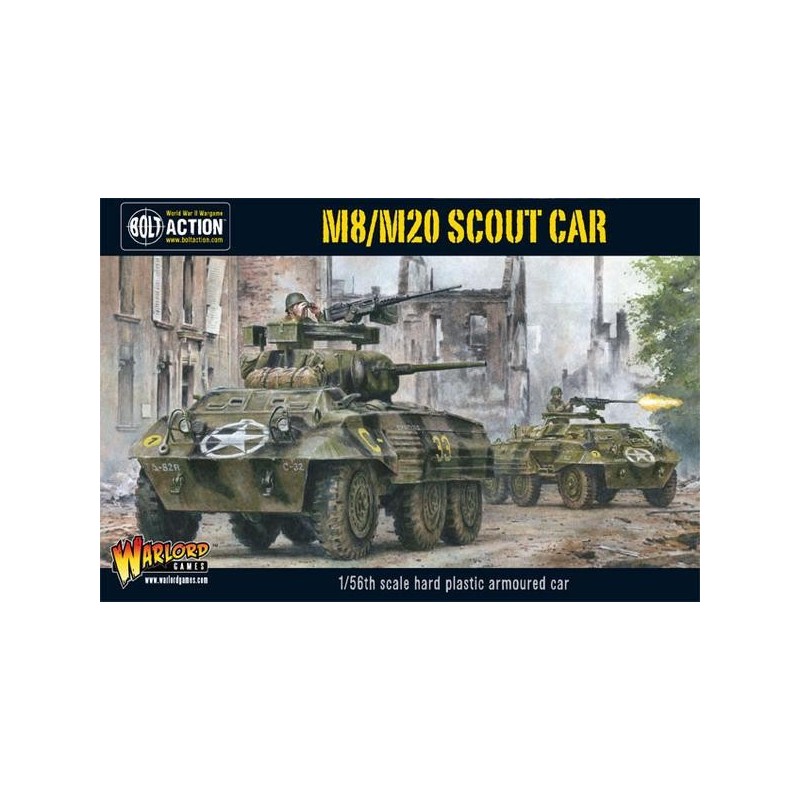 The M8 Greyhound was originally designed to replace the US military's portee gun in an anti-tank role, but was quickly repurposed once it was realised that its performance against German armour was lacking. It found use as a popular and successful armoured car that served American and British armies well throughout the war.

Its crew of four served a 37mm gun, a co-axial .30 cal, the more aggressive crews adding a .50 cal on the roof for anti aircraft and local defence.

It was very fast – hence its British name of Greyhound – capable of 55mph on good roads, but was known to bog down in mud. Its armour was enough to shrug off small arms fire, and these vehicles were best used in pairs to scout out enemy lines, supporting each other in a leap-frog fashion on the advance or covering a retreat.

Replacing the armoured turret for a fixed, open fighting compartment, the M20 scout car was used primarily as a command vehicle, sacrificing the turrets main gun in favour of extra radio capability, it also carried a portable Bazooka for extra anti-armour firepower.