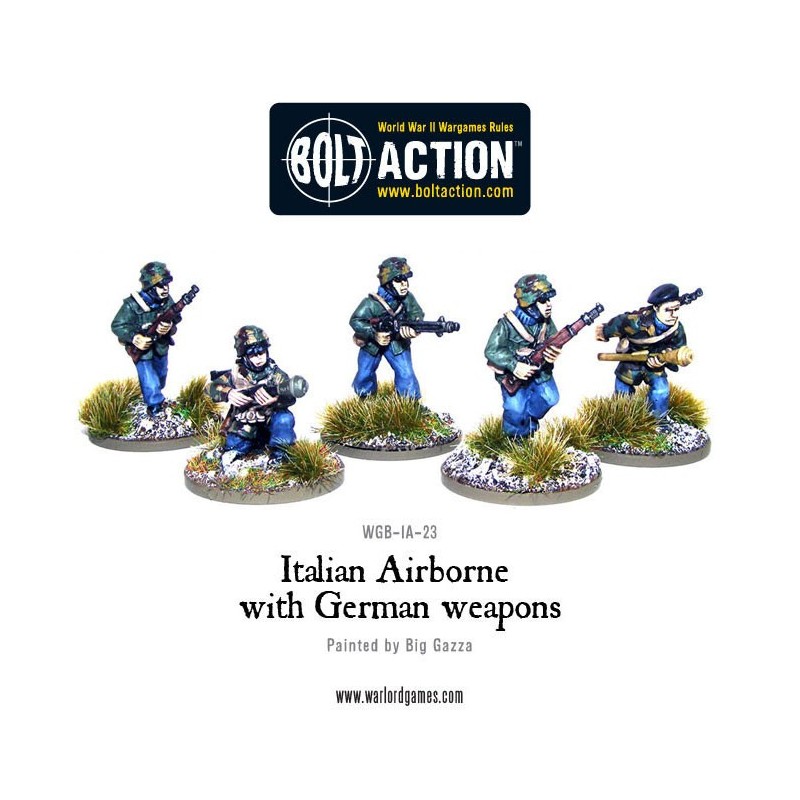 Italian Paratroopers, like all Italian special forces, established an astonishing reputation for dash and stubborn fighting in all the theatres where they were deployed.. Well trained and superbly equipped for their role they  shored up  the reputation of the Italian fighting man, which had been tarnished so badly by massive early British victories.

With large allocations of Berretta SMGs and light machine guns they could deliver great close range firepower and when dug in could not be moved from their foxholes despite intense bombardment, infantry and even tank attack.

If you want some hard but fair fighting troops, these are the boys for you...

This pack provides you with five Italian Airborne armed with German weapons.