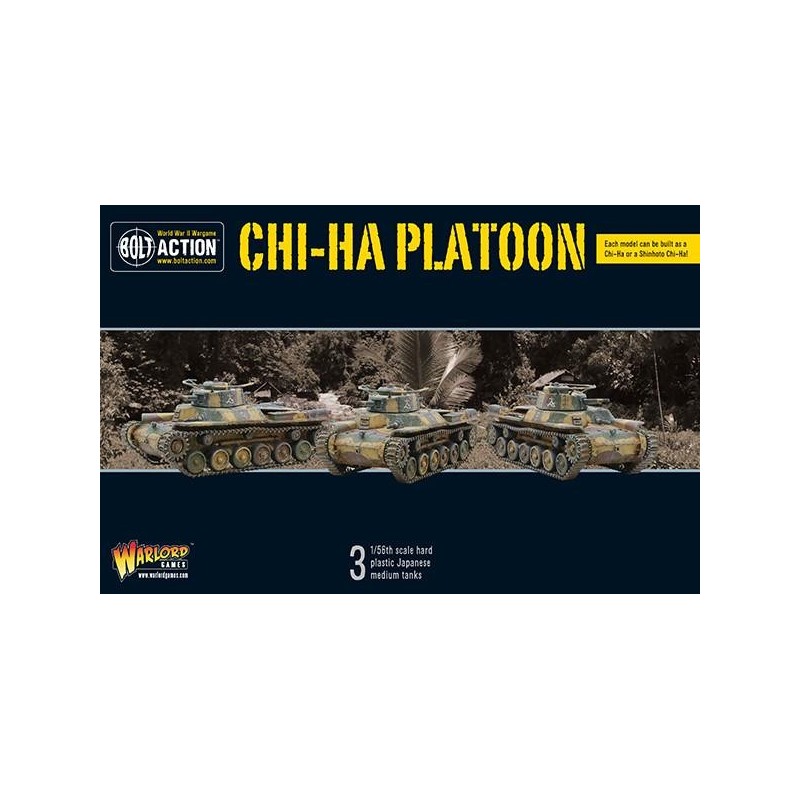 Even the emperor is pleased with what this box contains:

With over 2,100 units made, the Type 97 Chi-Ha medium tank was the second most produced Japanese medium tank of World War II, after the smaller Type 95 Ha-Go. It saw extensive action in the Second Sino Japanese War, the Battles of Khalkhin Gol against the Soviet Union, and throughout World War II.

The driver sat on the right and hull machine gunner to the left. The tank commander also acted as the gunner, assisted by a loader/radioman/rear machine-gunner. The Chi-Ha had no intercom so the driver had to respond to a series of twelve buttons in the turret linked to buzzers sited near the driver for instructions.

Although the Chi-Ha had no coaxial machine-gun it had a rear turret machine-gun. The turret was equipped with a relatively large commander cupola. Later, a horse-shoe radio aerial was mounted – a feature of many WWII Japanese tanks.

The Chi-Ha in Bolt Action

Much like many if not all tanks during the war, the Chi-Ha just couldn't cut it anymore so the Type 97 Chi-Ha was later up-gunned in a newly designed turret and designated the Type 97-Kai Shinhoto Chi-Ha.

This saw the current Chi-Ha become outfitted with the type 47mm tank gun whilst retaining the 2 7.7mm machine guns. Additionally, the armour also became much thicker with it now boasting 20-33mm thick armour.

Whilst this did increase the number of crew needed to 5 and the weight to 16 tonnes, it was far more comparable to the American tanks it now saw itself fighting instead of the light Soviet tanks it did fight.

The Chi-Ha in Bolt Action