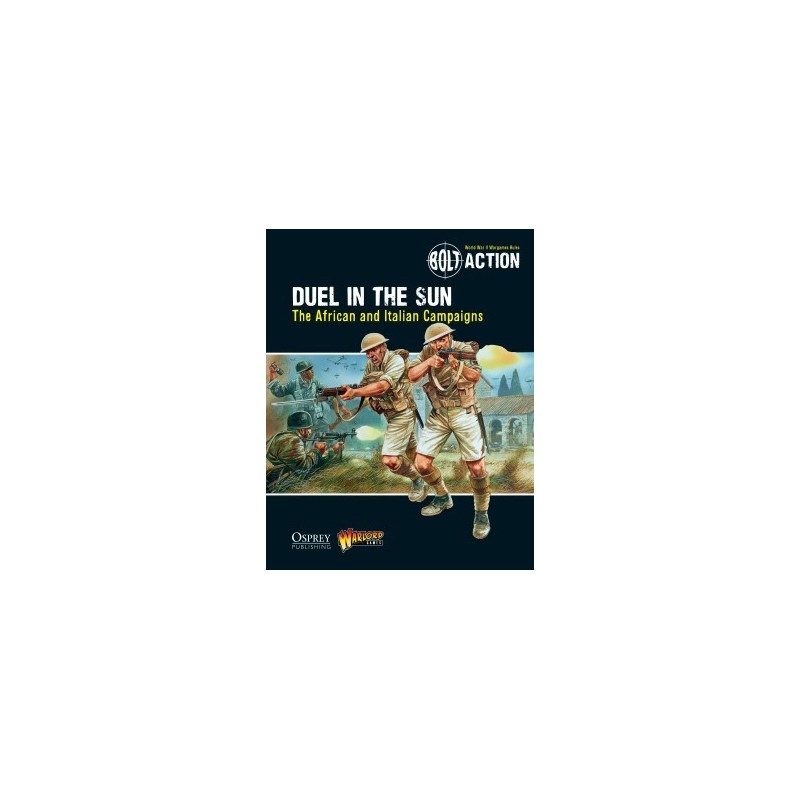 Duel in the Sun (EN)

Duel in the Sun (EN)

The heat builds up as we go from one theatre with extreme conditions to another, this time desert warfare in the African and Italian campaigns.

Packed with explosive action from the initial clashes between the British and Italian armies in Libya, and Britain’s first unexpected victories, through the ill-fated British expedition to protect Greece from Hitler’s invading troops, and the subsequent desperate battles of British and Commonwealth forces in Crete against determined German paratroopers.

From there we move onto the epic tank duels in the deserts of North Africa as Hitler reinforced Mussolini’s battered forces with the deadly Afrika Korps, and the ultimate showdown between two legendary desert commanders, Rommel and Montgomery, at El Alamein.

We then have the debut of the Americans into the African theatre, their bloody setback at Kasserine Pass, and eventual success in helping to clear North Africa of Axis influence.

Finishing with the Allied invasions of Sicily and mainland Italy, and the stubborn German defence that resisted the invaders almost up to the end of the war in Europe.

Remember that when you buy one of our rulebooks direct from us, it comes with an exclusive free miniature, not available anywhere else! For Duel in the Sun the exclusive model is Sydney 'Digger' Robinson, Desert Rat - which can easily be made as either a Tommy or Digger and looks rather handy with his Bren in action!