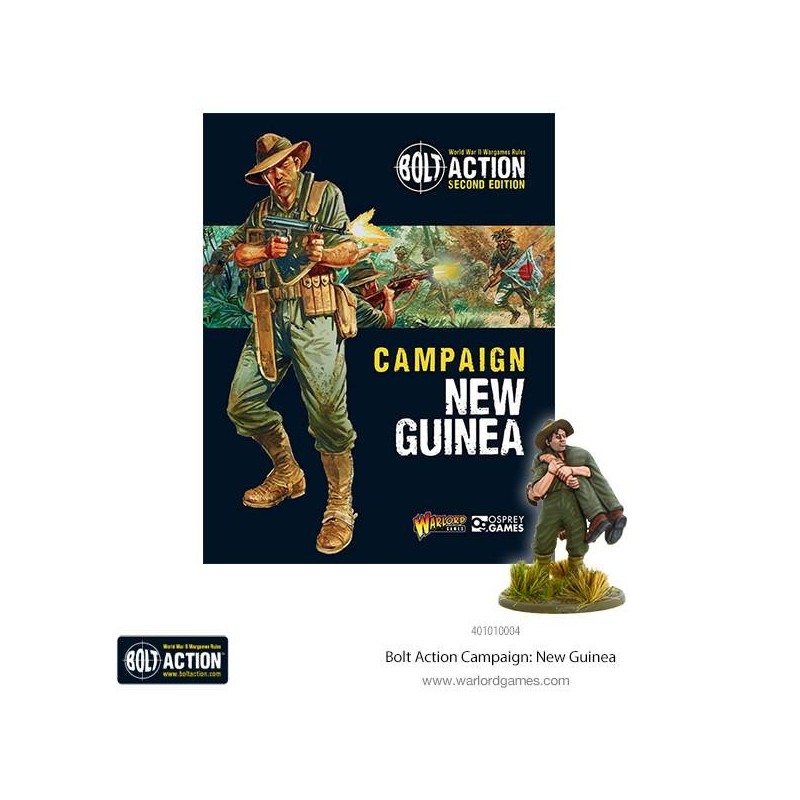 The New Guinea campaign spanned several years and thousands of miles; to even attempt to summarise such a huge campaign into a book of this size is to accept that it cannot do justice to those who fought in it. Many critical battles have not been presented as scenarios in this book, merely due to the constraints of the book size and the author’s wish to present a variety of very different scenarios for players. For those who are interested in a more in-depth look at the actual historical events surrounding the New Guinea campaign, a bibliography is provided to aid you in your research

plus much much more!

Remember that when you buy one of our Bolt Action books direct from us, it comes with an exclusive free miniature, not available anywhere else! For New Guinea the exclusive model is Corporal 'Bull' Allenthe.