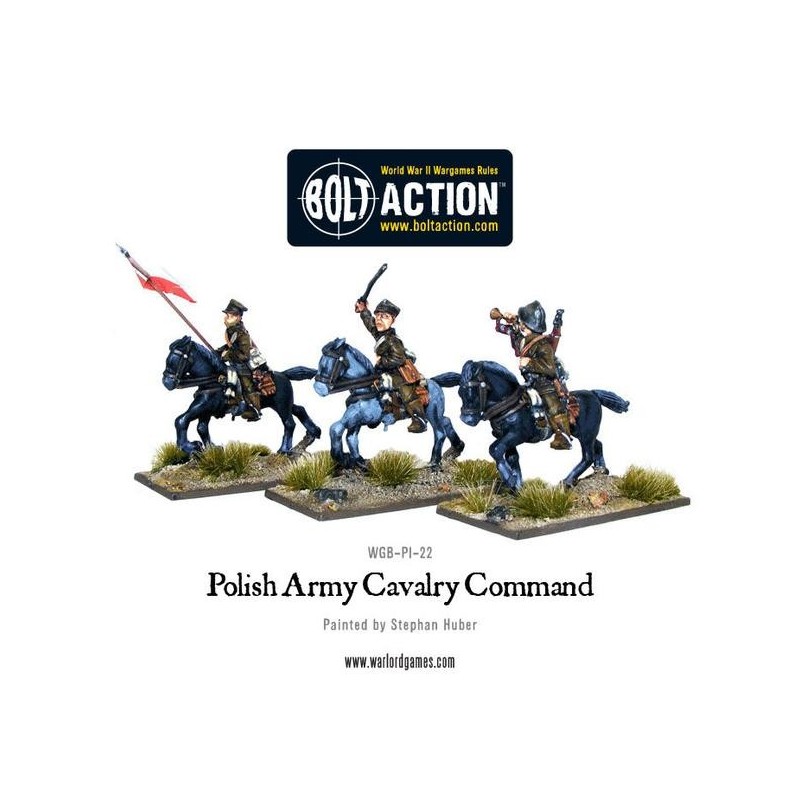 There are few more heroic and stirring sights than Polish cavalry dashing themselves in¶ÿ a desperate charge against German armoured might; lance against Krupp steel... Only, it largely of course didn't happen. Gallant though they were, the Polish Cavalryman was no fool. After reforms in 1936 the Polish cavalry was reorganised into twenty six regiments, of¶ÿfour squadrons each with one hundred and twenty men in each squadron. They were supported by HMG and anti-tank squadrons, backed too with tankettes and¶ÿ infantry on bicycles.¶ÿ Sadly for the romantics amongst us, the lance had been retired and was used largely for ceremonial purposes.

The cavalry force was still the best equipped, best trained and indeed largest mounted force in the world, but its role of dashing¶ÿcavalry had been sensibly¶ÿchanged to that of a "fire brigade", that is a mounted reserve of quality mounted infantry. They rode to the theatre of operations then dismounted and fought with conventional rifle and machine guns, where they fought well against a determined and more mechanised aggressor.

This is not to deny the Polish cavalry their due however, as there were recorded sixteen cavalry charges in World War 2, some of which carried the day, though most were with sabre , and few , if any at all, against armoured units..

Warlord Games however salute the brave Poles, whose motto was "Honour and Fatherland", and we supply models with lances for the old fashioned cavalry types who still hear the snorting of the horses and the jangle of the bits before the trumpeter sounded the Charge!