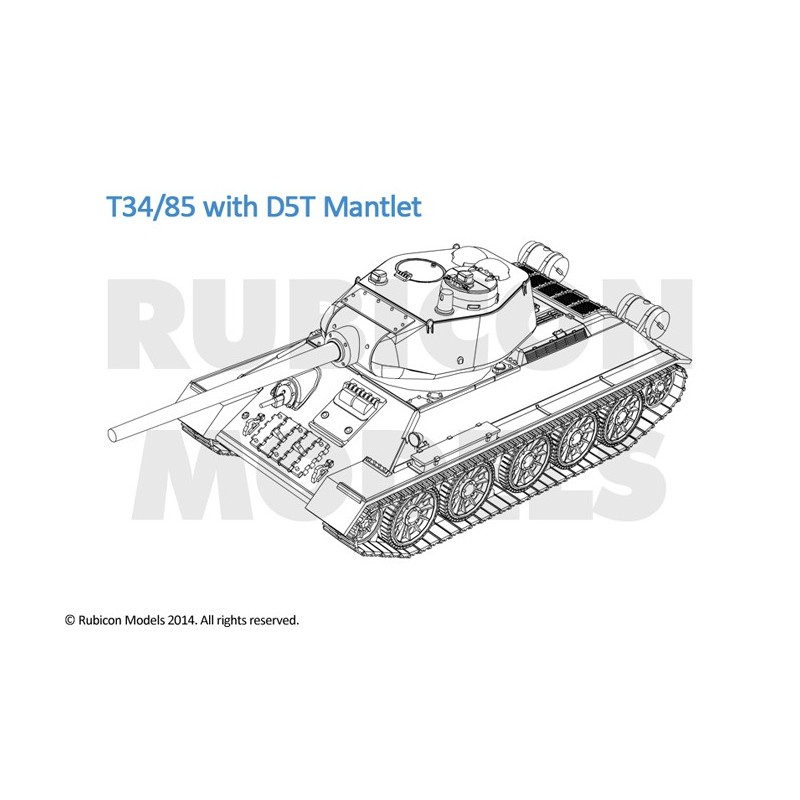 The German Tiger I tank appeared on the Eastern Front in late 1942, as a response to the T-34. Soviet firing tests against a captured Tiger in April 1943 showed that the T-34’s 76 mm gun could not penetrate the front of the Tiger I at all, and the side only at very close range. An existing Soviet 85 mm antiaircraft gun, the 52-K, was found to be very effective against the frontal armour of the Tiger I, and so a derivative of the 52-K was developed for tanks.

The improved T-34-85 became the standard Soviet medium tank, with an uninterrupted production run until the end of the war.

With this model kit, you can assemble the T-34/85 into either a Model 1943 or 1944 version of the tank.  It comes with 2 turret top and 2 mantlet choices with oil drums & accessories options; and can be built as an OT-34/85 flamethrower tank as an option.