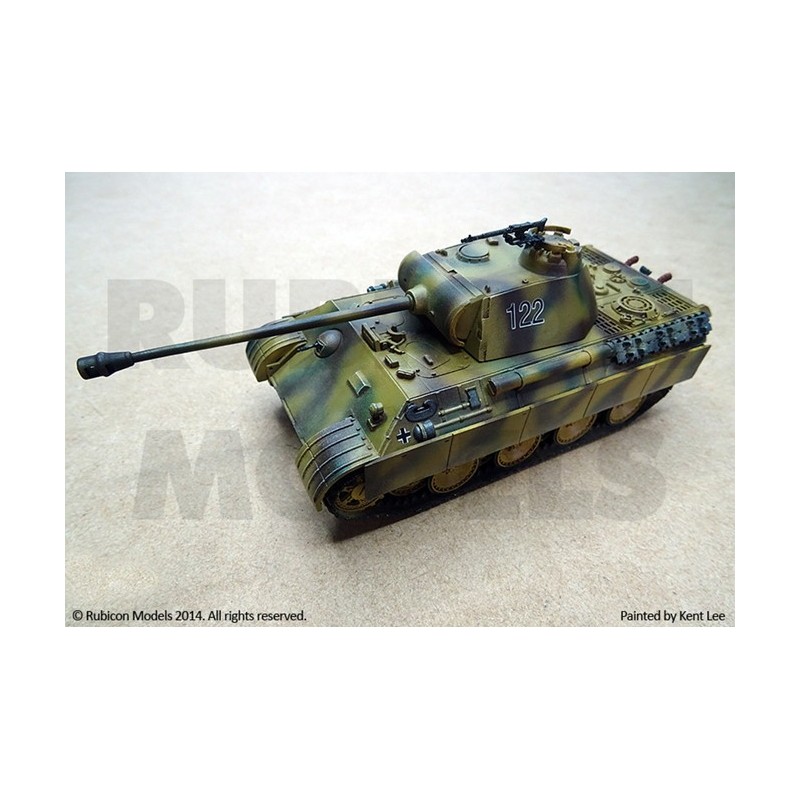 Panther (designated as Sd.Kfz. 171) is the common name of a medium tank deployed by Nazi Germany in World War II from mid-1943 to the end of the European war in 1945.  It was intended as a counter to the Soviet T-34, and as a replacement for the Panzer III and Panzer IV.  While never replacing the latter, it served alongside it and the heavier Tiger tanks until the end of the war.  The Panther’s excellent combination of firepower, mobility, and protection served as a benchmark for other nations’ late war and post-war tank designs, and it is regarded as one of the best tanks of World War II.

The Panther tank was a compromise of various requirements.  While having essentially the same engine as the Tiger I tank, it had better frontal armor (including the benefit of a sloped armor, increasing effective armor depth), better gun penetration, was lighter and thus faster, and could traverse rough terrain better than the Tigers.  The tradeoff was weaker side armor.  The Panther proved to be deadly in open country and long range engagements, but vulnerable in close-quarters combat.  Over 6,000 Panther tanks were produced between January 1943 and April 1945.

This model kit depicts two early versions of the Panther tank.  About 3,000 were produced between January 1943 and June 1944.  With this kit, you can assemble the Panther to become either an Ausf D or Ausf A variant with 2 copula choices, and with or without side armour.