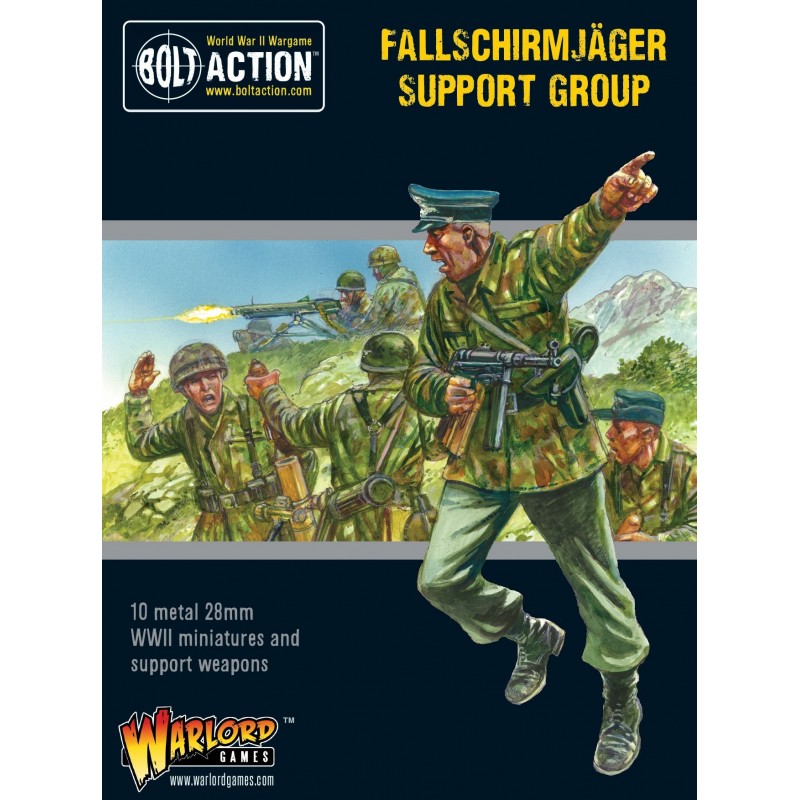 The Fallschirmjager instead acted as elite infantry serving in all theatres in which Germany fought. Supported by two weapons with a high rate of fire - the deadly MG42 general purpose machine gun and the Granatwerfer 34 8cm medium mortar - they were respected by the Allies for their fighting ability and honourable actions.