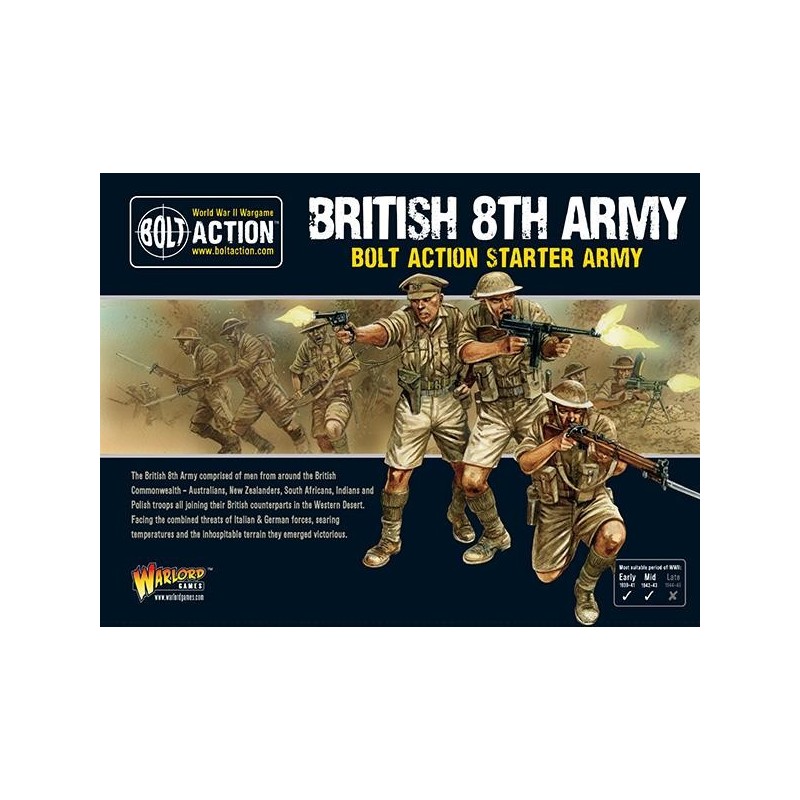 Get ready to build and battle across North Africa with the British 8th Army starter army box set!

The British 8th Army comprised of men from around the British Commonwealth - Australians, New Zealanders, South Africans, Indians and Polish troops all joining their British counterparts in the Western Desert. Facing the combined threats of Italian & German forces, searing temperatures and the inhospitable terrain they emerged victorious.

This boxed set gives you all you need to start playing with the forces of the British Commonwealth in the scorching, dust-filled desert of North Africa and beyond.
Providing a strong core of infantry, support teams and the ubiquitous Bren Carrier transports this set is perfect for replaying legendary battles such as El Alamein and Tobruk. Will your Desert Rats prevail against the combined fascist forces of Italy and Germany?