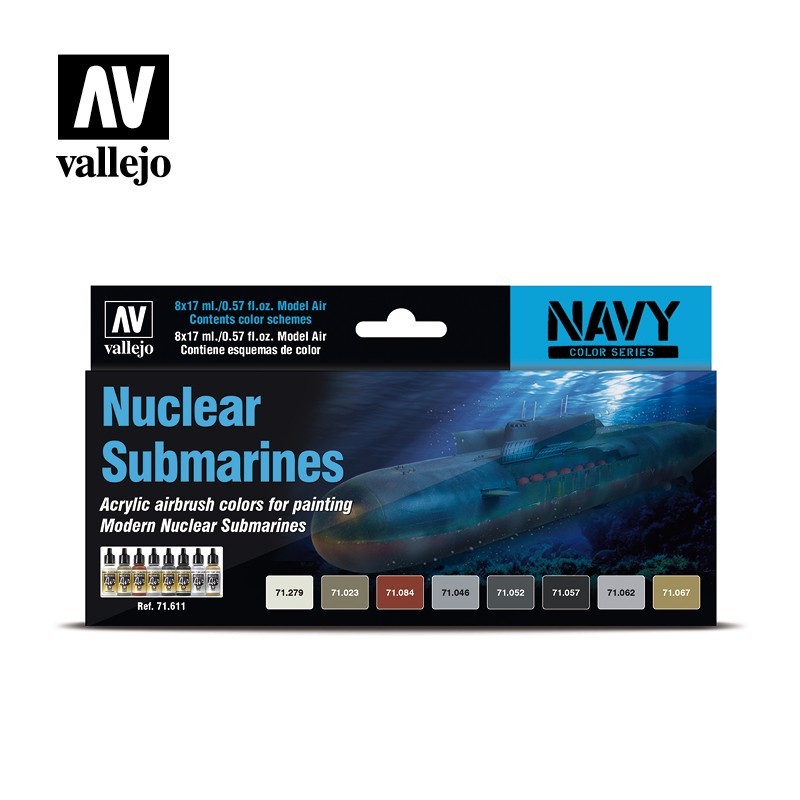 The set includes 8 colors needed to paint the models of nuclear submarines currently deployed and regardless of nationality, since the patterns are very similar. The only exception is the underwater hull which is normally painted red (underwater seen as dark brown and least visible), but can sometimes be in patterns of Tan Green and +- Light Grey with Black, with markings and bands in white. In the early nineteen fifties, the United States initiated a program for the design of nuclear powered submarines, their principal advantage over traditional submarines being their independent air supply and their capacity to remain submerged and operating a high velocity for large periods of time. The Soviet Union soon followed in developing their version of this submarine. Armed with ballistic missiles with a nuclear warhead, as well as with conventional torpedos, the high cost of the nuclear submarine has limited its production to the naval forces of only a few nations. Besides the U.S.A. and the British Royal Navy, only Russia, France, China, India and Brazil have nuclear submarines. Almost all these countries have opted for a hull with dark colors to achieve minimal underwater visibility.