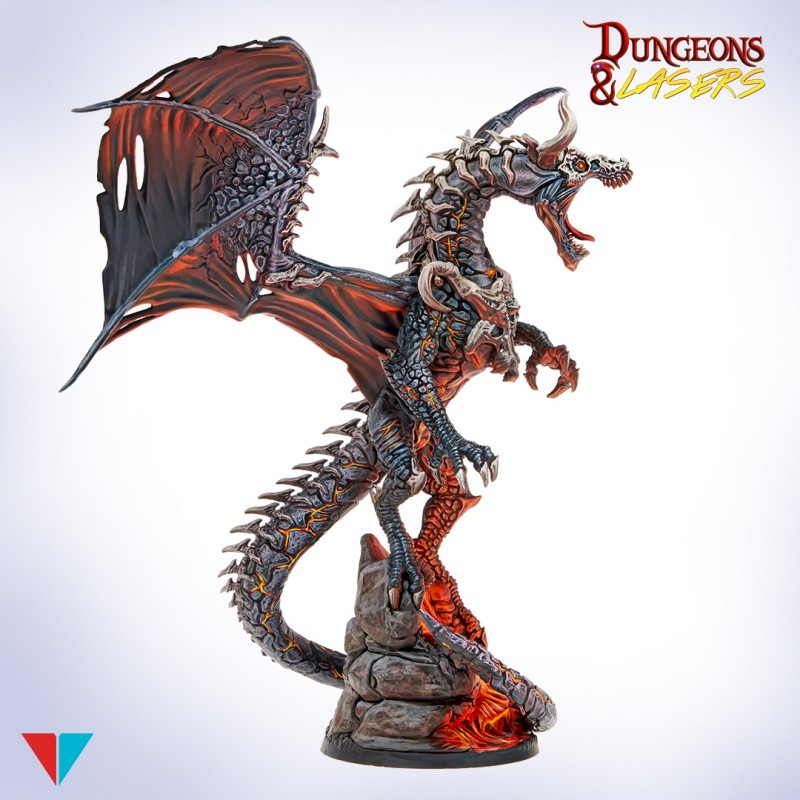 The Dragon of Schmargonrog was once one of many dragons within the region of Schmargonrog and beyond, however now he is one of the last surviving. Having gone mad from the fires of Schmargonrog (where he resides) he actively hunts and kills his dragon brethren, wearing their bones as armor and proof of his conquest. He is a large black dragon with red highlights showing evidence of the volcanic area where he lives. Lava doesn't hurt him.

All models come unpainted and unassembled.