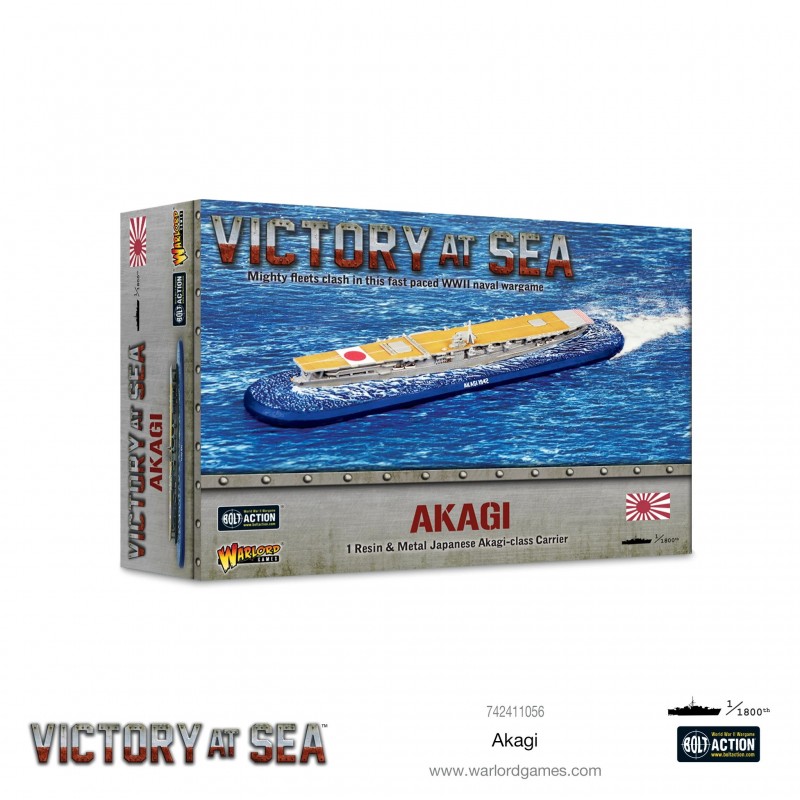 Originally laid down as an Amagi-class battlecruiser, the stipulations of the Washington Treaty resulted in her conversion to an aircraft carrier. As a result, Akagi (赤城, "Red Castle") was one of Japan’s first large aircraft carriers. Akagi and her near-sister Kaga straddled the line between carrier and dreadnought. To keep both options open, the ships were designed to be quickly converted to capital ships. They carried turret barbettes, magazines and other equipment to support big gun turrets, and the wooden flight deck and hangar deck were designed to be quickly stripped off, making room for turrets to be mounted. However, by the mid-1930s, the admirals believed the aircraft carrier to be the equal of the capital ship and Akagi was extensively rebuilt to improve aircraft handling capacity, ending any possibility of later converting it to a capital ship.

Her aircraft served in the Second Sino-Japanese War in the late 1930s. With the formation of the First Air Fleet in 1941, she became its flagship, and remained so until her sinking. Notable actions include the attack on Pearl Harbor, the invasion of Rabaul, bombing Darwin, Australia and the Indian Ocean Raid.

In June 1942, she participated in the Battle of Midway, her aircraft bombarding the American-held atoll. However, US aircraft originating from Midway, and the US carriers Enterprise, Hornet and Yorktown attacked Akagi and three other Japanese fleet carriers. Dive bombers from USS Enterprise severely damaged Akagi, forcing friendly escorting destroyers to scuttle her to avoid her falling into US hands. The loss of four Japanese carriers at this engagement, including Akagi, was a key defeat for Japan, decisively shifting the balance of power in the Pacific theatre.