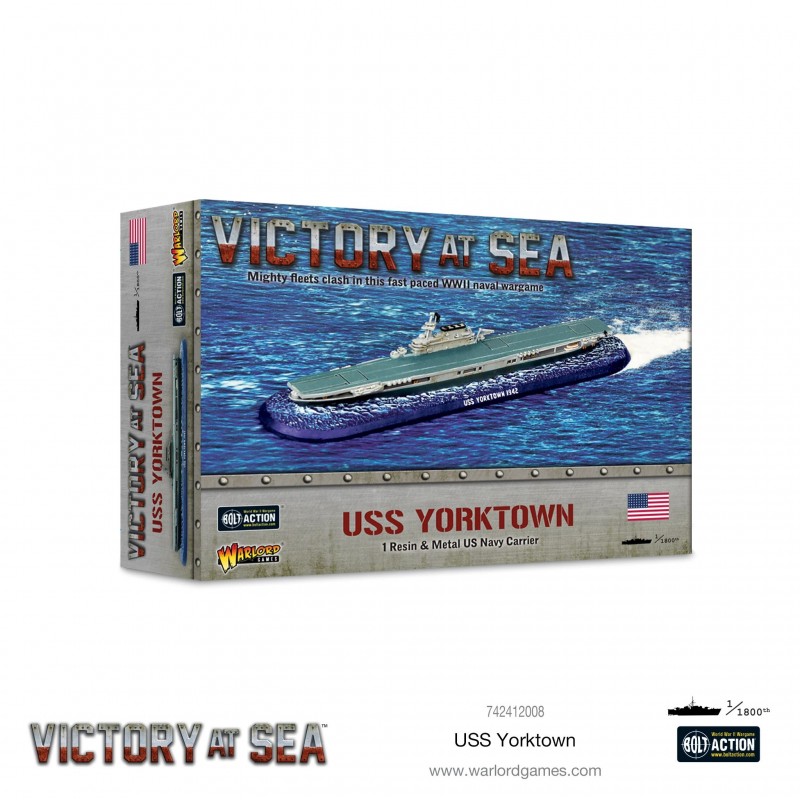 USS Yorktown was comissioned in 1937, and named for the battle of 1781. After Pearl Harbor, USS Yorktown transferred to the Pacific and took part in some of the first American offences of the war around the Gilbert and Marshall Islands. She also fought at the Battle of the Coral Sea where her aircraft (along with the carrier Lexington's) sank enemy light carrier Shōhō prior to engaging the main Japanese carrier force the following day (May 8th 1942). During this latter stage of the engagement, the US carriers' aircraft inflicted damage to the IJN carrier Shōkaku, but in turn USS Yorktown suffered heavy damage. Lexington suffered worse, and was later scuttled as a result.

Returning to Hawaii, repairs were estimated to take two weeks, but she was put back to sea a mere 48 hours after eytering drydock, in time to play a crucial part in the decisive Battle of Midway. Her aircraft were instrumental in the sinking of two Japanese fleet carriers. Her presence also drew the attention of Japanese aerial attacks away from USS Entreprise and Hornet. Though crippled by Japanese aircraft, there was optimism that she could be salvaged in part. These hopes were dashed on June 6th when torpedoes from the Japanese submarine I-168 struck her twice. Further hopes of repair were abandoned, and she sank the following day.