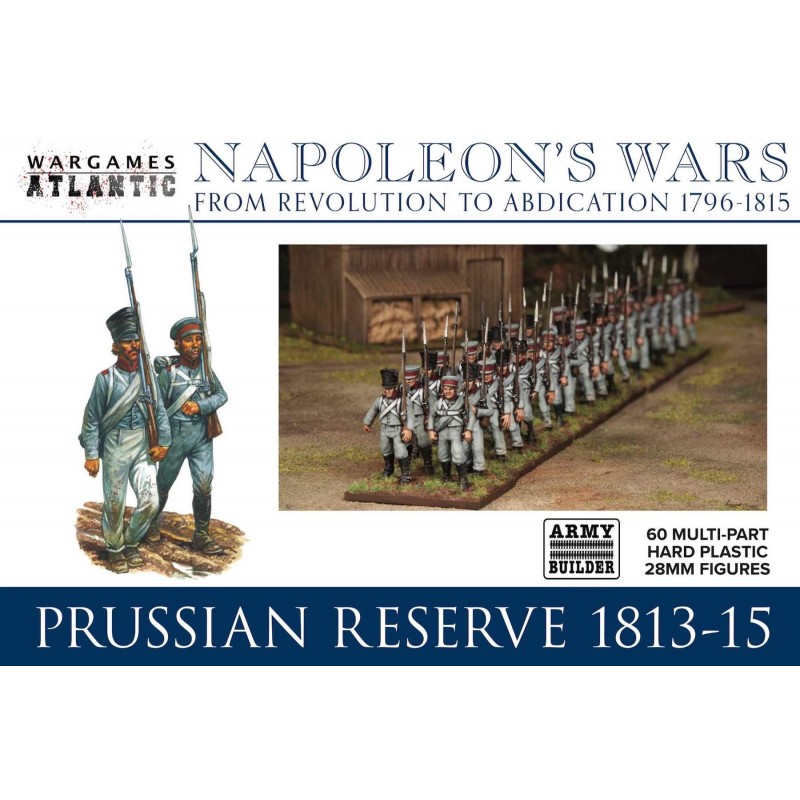 The 1807 Treaty of Tilsit forced Prussia to constrain their army to no more than 42,000 men. They evaded the restriction by the Krümper System of cycling new recruits through the army to create a reserve of trained men.

When Prussia declared war on France on 17 March 1813 (the Befreiungskriege or War of Liberation), over 40 reserve battalions were formed and organized into a dozen Reserve Infantry Regiments. These were instrumental in the defeat of Napoleon.

This box set is an ARMY BUILDER and allows you to build 60 hard plastic figures with a choice of either covered shako or the Schirmütz (peaked cap). You will need to provide your own command figures. Models require assembly and painting. Bases are not included. Not for Children. Contents may vary from photos.